Posted on July 21, 2014 by ocdirelandcommunications

Helen Barbour is a writer, living in North London and is writing a book, The A to Z of Normal. She blogs as The Reluctant Perfectionist. As a sufferer from obsessive-compulsive disorder (OCD), she is passionate about mental health issues and hopes to raise awareness of these, and also help to reduce the associated stigma. 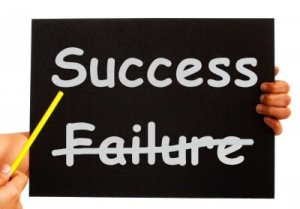 Some of my posts end with a lesson learnt from my latest run-in with OCD or anxiety. Often, though, even as I type the words, I wonder whether I’ll actually be able to put the lesson into practice.

It’s all too easy to profess to learn from an experience, only to go on to make the same mistake; sometimes over and over again. We see it on a wider scale all the time: from child abuse deaths to gun massacres, we just keep letting them happen.My post Home Invasion! Part Deux dealt with the trauma of having a new boiler installed; the stress of strangers being in my home and the ensuing mess.

The piece concluded with the realisation that repeatedly visualising a challenging event only makes the experience worse, in that you live through it dozens of times (albeit in your mind). It was better, I decided, just to endure the horror once, for real.

So, when the gods of domestic chaos struck again, I resolved to do things differently this time.

My washing machine had begun making a funny noise during the spin cycle, prompting me to book an engineer before it failed completely. Three visits – and a sorry tale of incompetence later – they decided that it would have to be replaced, under the terms of my cover agreement.

Although I had already survived a succession of engineers invading my flat, now they would actually have to carry machines in and out, which was a much more daunting prospect.

In order to clear a path for them, I would have to move rugs and furnishings in two rooms, as well as the hallway I share with my next-door neighbours. I would also have to empty the cupboard under the sink – for the fourth time in as many weeks – to allow them access to the necessary plumbing.

All of the disturbance to my environment would be bad enough, but what about the mess? There was, at the very least, the risk of scraped paint and spillages of water or, worse, gunk.

In fact, I didn’t dwell on any of that: instead, I just spent a few minutes considering the practical implications, ie what I had to move. Then, every time I found my thoughts straying to the impending delivery, all I allowed myself was the simple acknowledgement ‘Yes, I am having a washing machine delivered on Tuesday.’

As the day drew near, the event certainly loomed larger, but I didn’t lose sleep, my appetite or any weight; all of which happened with the boiler installation. Arguably, this delivery was a less disruptive event, but, in my OCD world, any intrusion of this kind is a big deal.

Yes, I spent an hour and a half putting things straight afterwards – reclaiming my territory, rather than clearing up any substantial mess. Yes, I cringed when one of the delivery men planted his dirty glove on an internal wall (previously ‘hint of white’, now ‘hint of grimy handprint’). And, yes, my heart sank when I found a chip in the newly painted wall of the shared hallway.

Nevertheless, I think I’m allowed to claim the experience as a lesson learnt in how to manage my anxiety.

This entry was posted in Uncategorized and tagged Anxiety, MentalHealth, ocd. Bookmark the permalink.